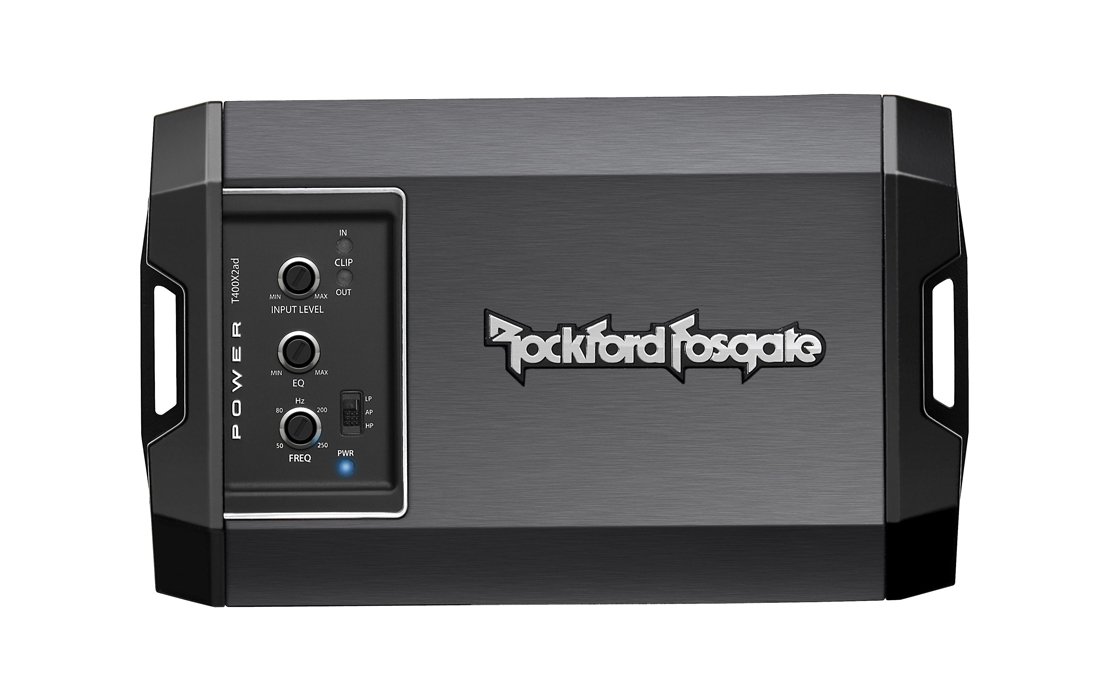 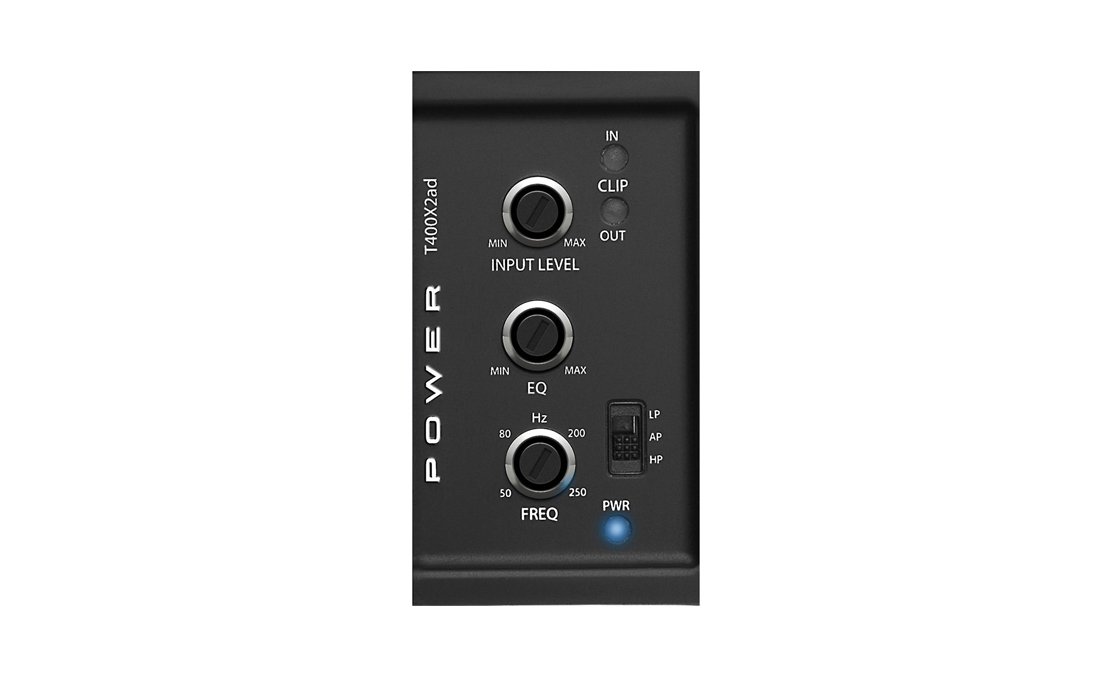 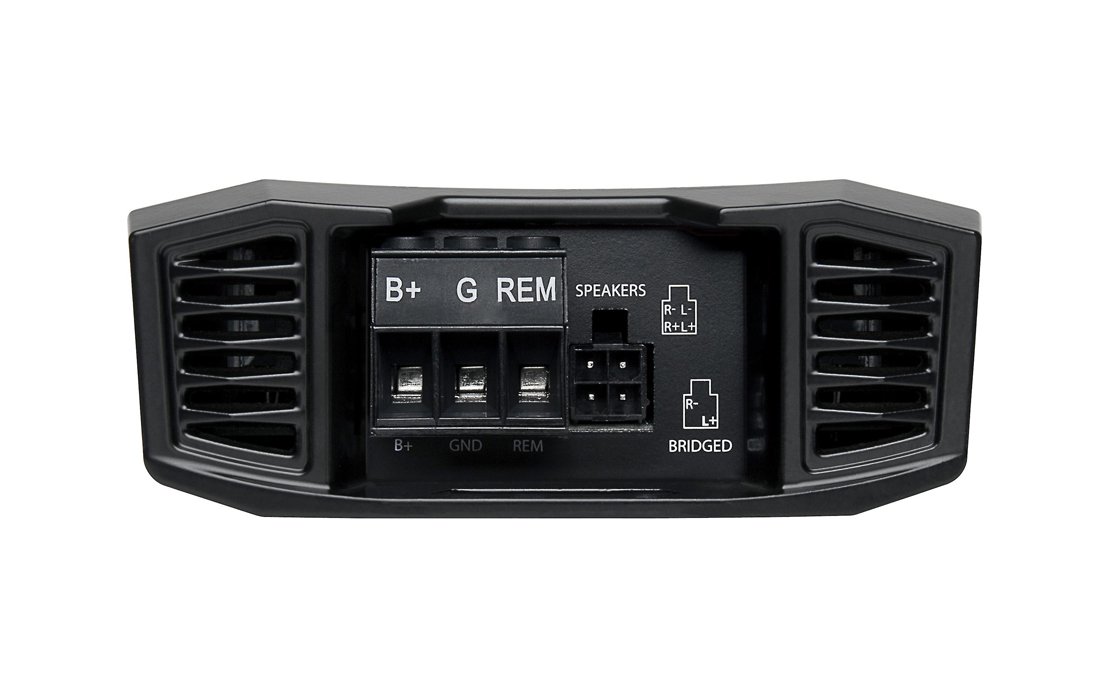 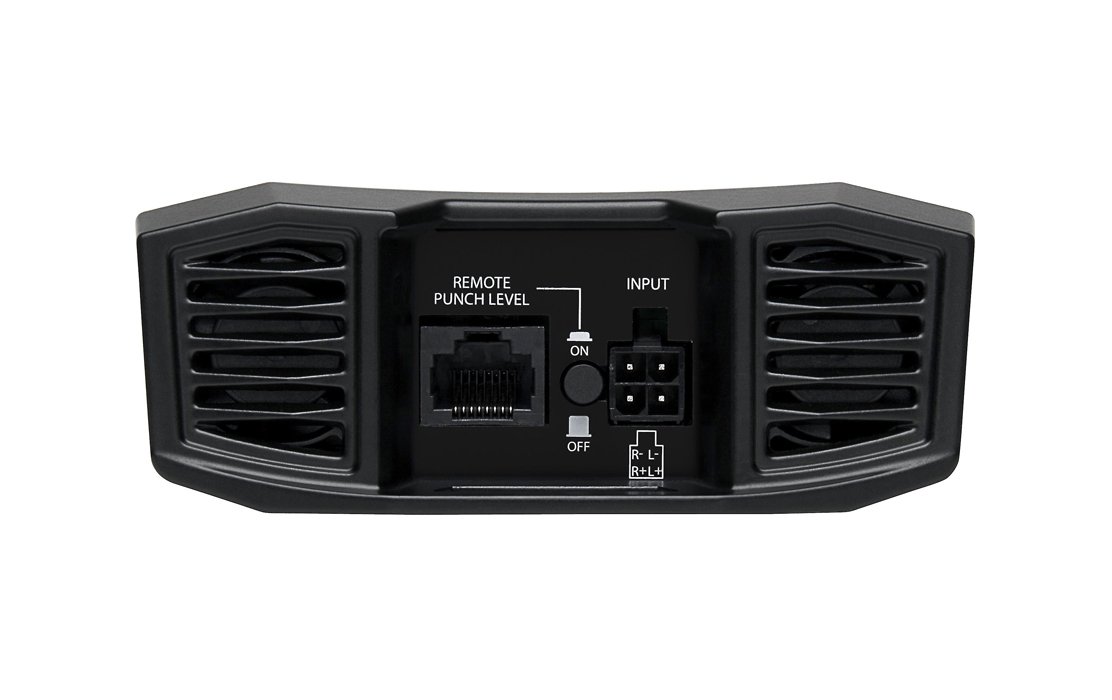 Super-compact, bursting with power
Rockford Fosgate’s Power Series T400X2ad 2-channel amplifier can send each of your speakers up to 200 watts RMS, or you can use this tiny power pack to run a sub with up to 400 watts. A dual-fan forced air cooling system keeps this sturdy little amp from overheating, so it can play hard for a long, long time.

Class AD: accurate and powerful
Rockford Fosgate uses their proprietary Class AD amplifier technology, combining the high fidelity of a Class A system with the high efficiency of their special Class D technology, to bring you this ultra-efficient, high-output amplifier. In other words, this compact amp produces more power with less current draw from your vehicle’s charging system than most other amps on the road today.

Easy to set for optimum performance
Rockford Fosgate’s C.L.E.A.N. technology (Calibrated Level Eliminates Audible Noise) setup system ensures your music will sound as clean and powerful as possible. It works like this: play the setup tone on the included test CD, adjust the receiver volume until the red clip light on the amp goes out, then turn the amp gain up until a blue light comes on. It’s that simple — your amplifier will be perfectly set to match your receiver’s output. When your receiver reaches maximum clean volume, you’ll get maximum clean power from your power amp. At quiet listening levels, you’ll hear less background noise and more of your music.

Clip lights
If that blue light turns solid red while you’re playing music, the amp’s telling you that your source is distorting and you should turn it down, or risk damage to your gear. The optional PLC2 remote level control also doubles as a clip indicator, so you can see from the front seat if your music’s clipping.

We are eager to discuss you business needs, and answer any questions you may have. Kindly contact us here or full up the form